magic, mysticism and the darker side of life 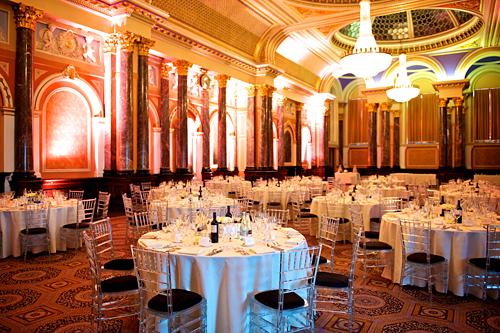 All about the Gothic Movement

The gothic wedding is already a trend within the wedding industry and is set to become one of the biggest wedding trends of 2010.

The gothic movement itself is generally acknowledged to be a contemporary cultural trend found in many countries particularly in Europe. It started here in the UK during the early 1980s as an off-shoot of the post-punk era of the late 1970s, and the term ‘goth’ has been part of our cultural lexicon ever since this time.
The goth movement has infiltrated music, fashion and literature – with the most famous gothic villain being the vampire, a folklore legend of Eastern Europe, famously depicted in Bram Stoker’s novel Dracula and subsequent horror movies. The most influential cinematic and literary images tend to be graveyards, ruined castles, nightmares, ghosts, and vampires, however the movement also is strongly associated with intensely romantic dark meetings of the soul, as depicted in the poetry of Keats, Byron, Poe and Baudelaire.
In the 1980s and 1990s a main literary influence was the collection of vampire books written by Anne Rice, in which the characters struggled with their sexuality, and with the themes of eternity and loneliness. These became a forerunner to the hugely successful Twilight books written by Stephanie Meyer, whose subsequent films completed the mainstreaming of what had previously been seen as a sub-culture.

A strong element of the gothic philosophy is their ability to take on board taboo subjects such as magic, mysticism and the darker side of life. Following this line of thought, a gothic wedding ceremony can be a rejection of traditional wedding elements.
A traditional gothic wedding might include elements of mysticism or ancient Druidic practice. Some may choose to keep the traditional wedding format, and simply introduce a darker color scheme, a slightly more eroticized style of dress or more dramatic feel of a gothic wedding ceremony. As this is emerging as a major wedding trend for this year, you’ll need to think about whether you want to embrace the whole Gothic practice or just a more subtle version of it with touches of black in the colour scheme.

The main historical fashion influences are the Victorians and the medieval period. The goth wedding tends to be characterized by a darker colour scheme, pulling on dramatic dark hues of black, purple, red and emerald green. Accessories might include candles, crucifixes, and darker makeup for eyes, lips and nails. Movies tend to control bridal fashion direction, and Twlight’s influence is now being seen in make-up trends, with brides seeking out misty eyeshadow and dark red lips to match a very pale skin. The romance around the concept is really hitting a nerve, with young women in particular.
Not just for the gothic bride anymore, this trend can be accessible to anyone; little black bows or sashes, black nail varnish, a black tiara, dark flowers and candles all hint at the gothic influence, and pick up on this major trend. Situating your wedding in a castle also lends your event a gothic feel. There are many ways to incorporate gothic touches into your wedding without having a full-blown gothic wedding.

If you want the full-on gothic experience there are loads of dedicated specialist websites:

Otherwise, you might wish to emulate the sophisticated and elegant look of Pearl Lowe when she married Supergrass’ Danny Goffey at the end of 2008. She wore a black satin cover-up dress, dyed black hair, very dark eye make-up and black nail varnish. She added extra gothic touches with, for example, a 5-tier cake stand of the darkest-chocolate fairy cakes decorated with dark red roses.

For inspiration about how to create a gothic-inspired wedding look no further than the images below. We’ve chosen a couple of venues on our site that have a great gothic influence, and added some images of real gothic weddings.

Have a great wedding!