We love this venue which has just come on to our site... 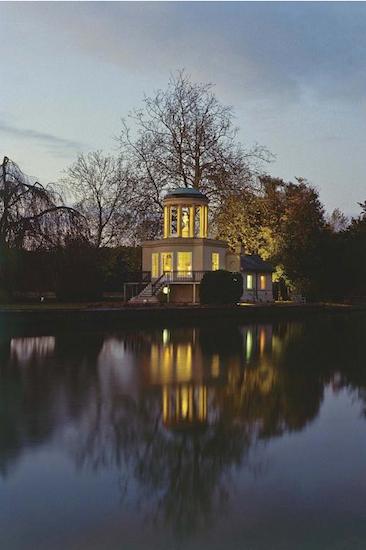 Temple Island is situated a mile and a half downstream of the picturesque market town of Henley-on Thames, and marks the start of the famous Henley Royal Regatta course. We think this is just so romantic and a beautiful part of the world in which to get married! Built in 1771, the Temple itself is a delightful folly and its interior is based on designs which had just been discovered in Pompeii. The views across the Thames are absolutely magnificent - and in fact apparently in Victorian times both the island and the Temple were used as a vantage point from which members of the Leander club watched the regatta. The island

is approached by boat (how cool would that be for your wedding party!) and up to 120 people can enjoy an al fresco party. To see more of this lovely lovely venue go to its listing on the site . Go on - own an island for a day!